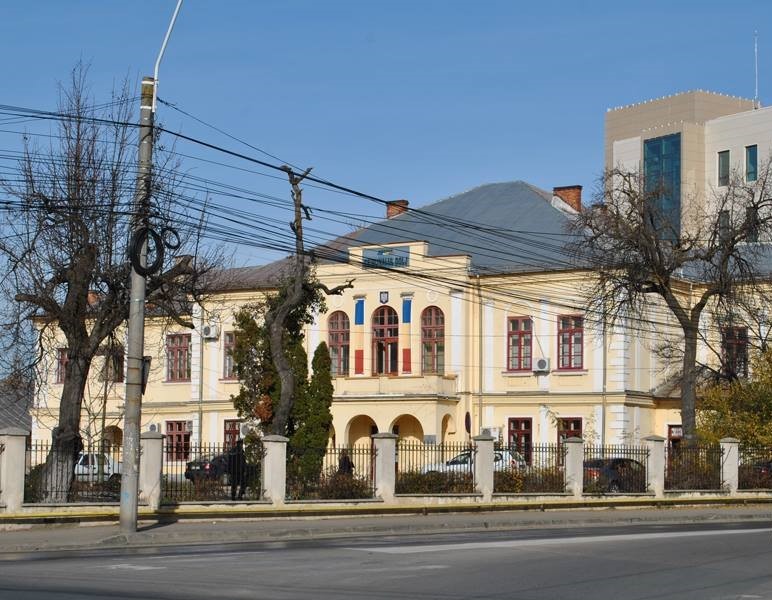 Glogoveanu House is an architectural monument of national interest located in Craiova, on Brestei Street, no. 12.

Built by the Glogoveni boyars' family in 1802 on the foundations of an 18th-century edifice, the building hosted the Craiova City Hall and then, until 2016, the Dolj County Courthouse.

At the beginning of the 18th century, the Gologoveni boyars moved to Craiova, Cerneți and Râmnicu Valcea in order to be better aware of what is happening in the political, economic, social and cultural life of society. The Glogoveanu House, bought by the Overseer (vornic) Matei in 1724, remained the property of the Glogoveni boyars for almost two centuries.

The end of the century coincided with bringing the young Tudor Vladimirescu to the Glogoveni house in Craiova, to learn together with the son of boyar Ioniţă Glogoveanu, Nicolae.

In 1801, the building burned, but its walls were completely restored.

During the Russo-Turkish wars of 1806-1812 and 1828-1829, Glogoveanu House was transformed into a hospital for Russian soldiers.

The building was affected by the earthquake of 1838, after which the edifice underwent some transformations and additions.

The second part of the 19th century was sprinkled with visits by King Carol I to Craiova, during which he was housed in what was then called "Glogoveanu Palace".

In 1908, Nicolae Romanescu erected the northern wing of the building.

The house was sold by Nicolae Glogoveanu in September 1913 to the Craiova City Hall, together with some of furniture.

In this building the City Hall functioned until 1943.

Between 1943 and 2016, the Dolj County Courthouse carried out its activity in the Glogoveanu House.

The Monument of Buzesti Brothers